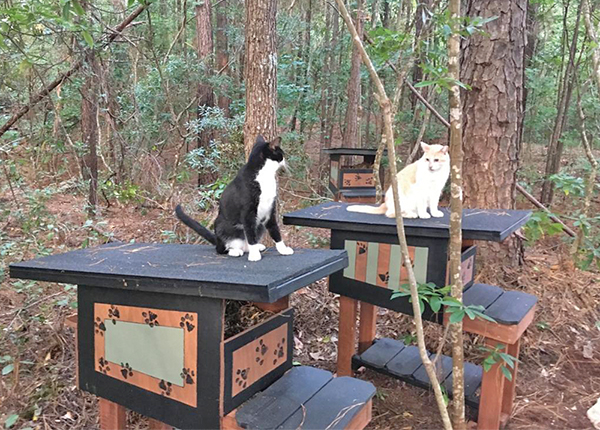 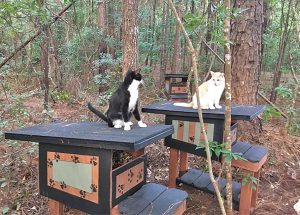 When inhumane people dump unwanted cats into the community, local volunteers do what they can to shelter, feed and water. They also ensure all cats are spayed or neutered, get medical care if needed, and adopted out whenever possible. PHOTOS BY KATHY KLINE

To cat lovers, they’re cute, cuddly and part of the family, but to some people domestic cats are disposable, and that’s a problem for both the animal and the places they’re dumped.

That prompted the growth of an army of volunteers who spend their time and their own money to trap, spay, neuter and feed the cats they return to the wild.

“When these colonies started, we went to where the cats were,” said Bluffton resident Kathy Kline, who is one of the organizers on her side of the Hilton Head bridges. “Because they are looking for food, they tend to congregate around shopping centers and dumpsters. I read somewhere they can smell food from two miles away.”

Kline said there are a number of cat colony locations, and volunteers go at least once a day to check on and feed them. Her volunteers cover Buckwalter Parkway to Malphrus Road.

“I try to put volunteers at places close to where they live. We trap (the cats) and make sure everyone is neutered or spayed,” she said. “I’ve probably trapped hundreds of cats. We try to help them with their lives, and then try to prevent more kitties coming into the world unwanted.”

Sometimes the trapping is pretty quick, and sometimes it can take a month. Any cats that end up out there that are friendly enough, the volunteers try to get them adopted. The more feral ones are returned to the colonies after they’re spayed or neutered.

“The population has grown, and people are dumping cats more often, and it’s expensive to fix cats,” said Hilton Head volunteer Megan Aylmer. “A lot of these women pay for it out of their own money, and we all pay for the food out of our own money. Some of the women are getting older, and can’t feed anymore.”

Kline said there are approximately 20 cat colonies throughout Bluffton, as well as a cat sanctuary run by the nonprofit All About Cats on the island.

Claudia Kennedy, who heads the Hilton Head organization, said it is

really just a way to group the people that help with cats.

“We are a nonprofit but we use that money for dry cat food, which runs about $700 to $800 a month. We used to do vet care also but we can’t afford it,” Kennedy said. “The good news is we have Hilton Head Humane Association. They spay and neuter, and vaccinate for rabies and distemper as part of their feral cat program.”

Kennedy said 10 or 12 volunteers feed twice a day: morning and night. “What we really need is for the people renting apartments and homes to allow cats, because we could reduce the number of cats enormously,” she said. “I understand the concerns about dogs because they are bigger, but if we could put cats in homes with people who would love to have them, we wouldn’t have any cats. I guarantee you that Beaufort County Animal Services and Hilton Head Humane would empty out.”

Althea Hicks, who works on the Bluffton side with Kline, covers the area from Moss Creek traffic light to the Tanger 1 complex.

“People constantly drop off cats at our colonies, and you can’t always keep it a secret where you’re feeding. People see your car, see the cats, and sooner or later someone is going to drop an unwanted cat right where you feed,” said Hicks. “It happens several times a year to me, and to Kathy, too. Usually those cats are not adoptable. They have not been socialized with whatever person had it before, they weren’t treated very well or didn’t get a lot of attention.”

When a new cat gets dropped off, she traps them, gets them to Hilton Head Humane or the county facility, and then works with local fosters.

“The people who do fostering – they’re absolutely a godsend, and they will foster the cats or kittens for a while, and determine if they’re adoption material. From there we work with the shelters to try to get them on the intake list,” Hicks said. “I would say eight out of 10 are back with us again because they’re not socialized enough to be in a shelter or in an adoption with other cats.”

In most cases, people won’t see where the cats are fed by the volunteers. That’s because many of the colonies have been moved out of sight, and previous plastic shelter bins replaced by less visible “cat condos” made by Kline and others. Some are designed with inclement weather in mind, lined with Styrofoam and filled with straw.

“There was a core group doing this beginning about 2009. When I first started getting involved in 2015, I noticed there were a lot of plastic bins turned on their side as feeding stations. I thought if they were better looking or cuter then the colonies wouldn’t look so bad,” Kline said. “I made painted wooden beds filled with straw as a place for them to go and stay warm or sleep.”

Most people are supportive of the volunteers assisting the abandoned felines. Other people are not, and think that feeding the cats is encouraging them to stay around.

“A feral cat will not hunt enough to keep itself alive,” said Kennedy. “There’s not enough prey. It’s a bad outcome if these feral cats are not fed.”

The volunteers try to explain the situations. The colonies overseen by Hicks range in population from one to about a dozen.

“They are where they are to live out their lives. We make sure everybody is OK, and nobody is limping or has a gash in their head or their ears,” she said. “One last thing I like to say when someone is asking me about feral cats is the cats come from human neglect and abandonment. They’re not out here because they choose to be. They’re here because somebody neglected to get them fixed, and they abandoned them.”

Kline has also encountered some resistance about the colonies.

“Sometimes people will literally yell at you for feeding the cats. Their viewpoint is ignore them, and they’ll go away. I try to explain to them that they are all fixed, and we try to help them,” said Kline. “Sometimes the property managers don’t want us there, and that’s when the county steps in because there are county ordinances protecting the colonies.”

According to ordinance Sec. 14-42. Management of feral cat colonies, all authorized colonies are managed by a caregiver, and fall under the protection of the Beaufort County Animal Services.

“Some of the locations are very supportive, and sometimes the employees will leave food out for us to help. A lot of times, if it’s somebody from this area that’s running the business, they know it’s a huge cat- and dog-loving area,” Kline said. “And then there are other times with people moving in from out-of-state, they feel like it’s unprofessional. ‘We’re trying to run a business.’ They eventually come to see it’s even a positive.”

Kline said they are always looking for volunteers.

“Several volunteers have been doing this for years. You get to know the cats, it makes you feel good, and you’re doing something productive out there,” said Kline. “And I feel like these little animals are at the bottom of the priority list.”

For more information or to support feeding the cat colonies, call Kline at 843-368-0167 for Bluffton or visit allaboutcats.org for information on the island colonies.

To help offset the cost of the vaccines and surgeries, write a check to the Hilton Head Humane Association and send to 10 Humane Way, Hilton Head, SC 29962, and write For the Feral Cat Program in the memo line. 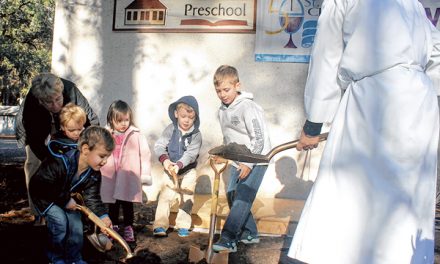 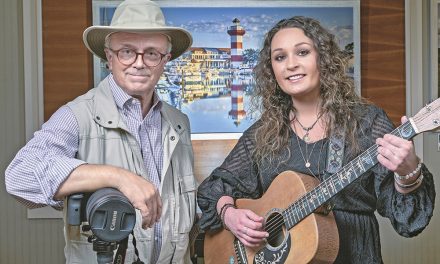 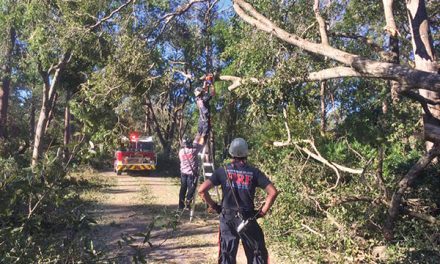 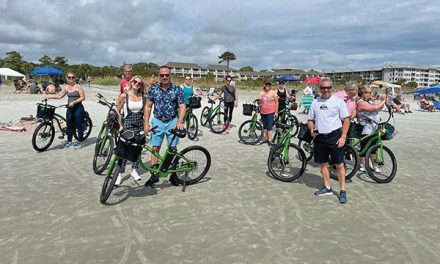