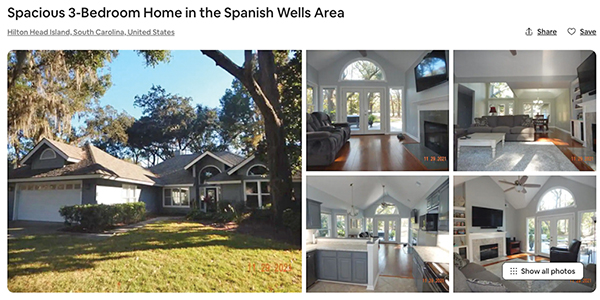 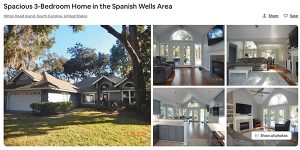 Screenshot of a recent Airbnb rental

There is a dramatic shift going on in how the 2.5 million annual visitors to Hilton Head Island experience the island and where they want to stay while they’re here. That shift is causing a move from the resorts into homes being rented out in what were once full-time-resident neighborhoods.

That has led residents to push for an ordinance that clearly defines the rules and the locations where these short-term rentals can happen. But is such an ordinance necessary?

Town officials have been meeting with stakeholders on all sides of the issue over the past three months, and now, they’re holding a number of public forums to ask for additional input.

“We are investigating ways to develop a fair, predictable, and balanced approach to manage short-term rental impacts on our neighborhoods, economy, housing stock, public facilities, and the quality of life of our residents, and experiences of our visitors,” Cyran said. “We are moving into the last portion of our public outreach with a number of open houses and forums scheduled in January.”

Broker and investor Dustin Kennedy, who owns two short-term rental properties on the island, addressed the committee to emphasize what’s at stake for those attempting to meet the ever-growing housing needs of the island tourism industry.

“There are over 300,000 visitors at any one time during peak season and they all need a place to stay,” Kennedy said. “Over the last five years, there has been a shift in what people want. They want to stay in homes and live like they live in homes. They don’t want to have to rent multiple rooms in a hotel just to bring families together.”

The problem for full-time residents isn’t with the concept of short-term rentals, as vacation homes have been rented out for decades on the island. But with the rise of Airbnb – Kennedy quoted numbers indicating more than 7,200 homes are listed on the app – the clearly defined rental districts of years past has evolved into a constant spillover, even takeover, of full-time resident neighborhoods. The result is constant noise complaints, lack of parking, increased traffic, excessive trash and too many occupants.

And with new neighbors each week in their once-quiet neighborhoods, residents are looking for clear-cut paths to report issues and consequences for owners who don’t police their properties to ensure for rule-abiding tenants.

The town has held private meetings with groups from the south end to mid-island and the Gullah neighborhoods, as well as with rental stakeholders like the Sea Pines Resort and a group of vacation industry experts that include reps from groups like the Vacation Rental Management Association, Hilton Head Area Association of Realtors and the Chamber of Commerce.

There are many paths the town can take with an ordinance. The City of Charleston requires short-term rental operators to pay business license fees and have special permits. The Town of Kiawah Island has caps on short-term rentals allowed in residential zoning districts.

Are the issues here specific to island renters? For example, are the trouble-making tenants coming mostly from larger family rentals with five bedrooms or more (which Kennedy said account for just 10% of current rentals) or from all sectors that would include the 69% of Airbnb island rentals with three bedrooms or less?

Getting public input over the next month will give town officials and their hired consultants a lot of guidance in how to craft an ordinance they hope to have in place by July 1.

There are two in-person open houses and two virtual meetings scheduled over the next few weeks.

The first virtual session will be held Jan. 20 from 3 to 5 p.m., while the second virtual meeting will be Jan. 31 from 10 a.m. to 12 p.m. Specific information on how to join the virtual meetings will be posted online at hiltonheadislandsc.gov/short-termrentals. 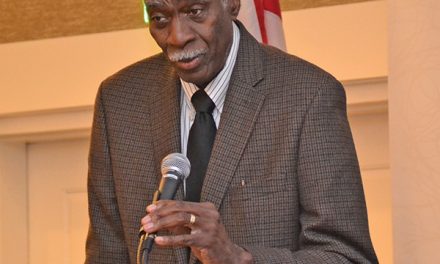