When Helena Hewlett was pleasantly surprised by a third pregnancy a few years ago, old worries began to resurface. It had been such a long uphill battle to regain herself and find the relationship she wanted with her children. What if she lost it all over again?

The changes surrounding pregnancy extend far beyond the physical. Hewlett had been warned about “baby blues” after giving birth to her first child. That term didn’t prepare her for the emotional avalanche she experienced. It only trivialized her struggles.

In many ways, postpartum depression had transformed Hewlett into a different person. Although her family was loving and supportive, they were at a loss for ways they could extend their efforts.

Hewlett took a proactive role, trying various methods to mitigate her symptoms. She reached out to her second family, the religious community.

For those who are unaware, mental illness stigma is particularly potent within some religious communities. She was told “God didn’t make you this way; just be happy.” To imply her lack of faith was the issue was both hurtful and insulting.

When Hewlett shared her own struggles, her peers either presented flippant attitudes or normalized what she felt as a “rite of passage” in motherhood. This increased her feelings of isolation.

Hewlett was emotionally, physically and mentally drained. In the midst of her depression, she gave birth to her second child. She reached her darkest point, in constant fear she would exist this way forever. Hewlett tried to take her own life.

Gradually, introspection helped her turn things around. She began journaling her thoughts and feelings, and accepted assistance from a network of moms she discovered in her community.

This network supported one another with rotating child care, alleviating some stressors and adding an opportunity for Hewlett to practice self-care.

Throughout the entire process, her faith provided comfort even when she wasn’t fully aware of it. Hewlett created an open dialogue with her loved ones.

For her third pregnancy, she had gained a self-awareness that was missing from her previous pregnancies. Hewlett prepared herself from possible relapse by ensuring her support systems and coping skills were in place.

She had hope this time would be different.

Hewlett had learned the importance of creating an identity independent from motherhood. She found her balance by creating a baking business.

Hewlett shares her story because she’s no longer burdened by shame. “It’s important the truth is put out there about the reality of postpartum depression,” she said.

Most importantly Hewlett advocates and encourages others to no longer suffer in silence, but speak their truth and ask for help. 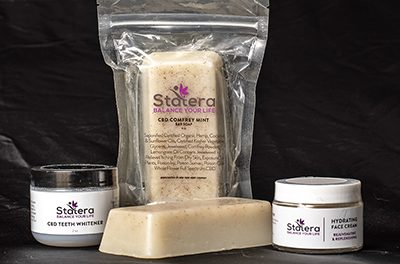 Start learning about CBD products by knowing the facts 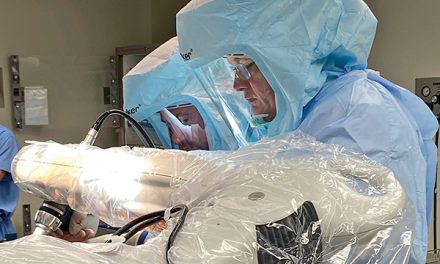