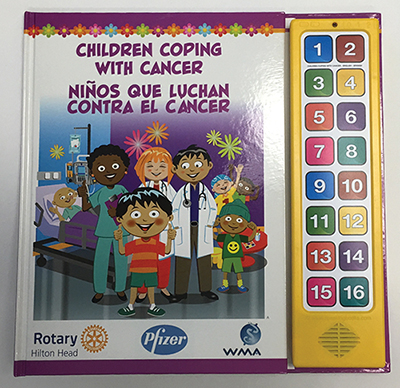 Thankfully, Cade Kriscunas has never had cancer. However, the 12-year-old Hilton Head Island boy did play the part of a young character fighting the disease.

“Children Coping with Cancer” is the 80th book in a series of multimedia books called Speaking Books. The books are used to deliver important medical and mental health information to poor and sometimes illiterate communities around the world.

Brian Julius, the president and founder of Speaking Books, is a longtime member of the Rotary Club of Hilton Head.

With the push of a button, children are able to listen to the main character explain what cancer is in simple terms and hear ideas on how to cope with the disease. They can hear it in either English or Spanish.

Cade narrated the English version and Efrain the Spanish. Copies of the book will be donated to children’s cancer centers and hospitals across the country while stocks last.

Both boys were members of the Rotary Club of Hilton Head’s EarlyAct Club when they were chosen to narrate the audio book. EarlyAct is a service club for elementary students that is sponsored by local Rotary clubs around the world.

“It’s a wonderful opportunity for young children to become involved in local support and giving back to the community,” Julius said. “They learn at an early age the values promoted by Rotary of ‘service above self’ and how to make a difference to those less fortunate.”

Cade said it was strange hearing himself talk about going through cancer. But it helped him understand what it must be like for kids fighting the disease.

“It was sad to listen to it and know that there are children out there (with cancer) that I wouldn’t normally think about every day,” Cade said.

Cade often thinks about those children now. He hopes they know that the cancer is not their fault, that they are strong and they can get through their battles.

Cade joined the Rotary EarlyAct Club at HH Prep when he was in the second grade. The club is currently only available to students in the lower school. Now that he is in middle school, he is hoping to start a similar club there.

For more information on the book, visit www.speakingbooks.com. 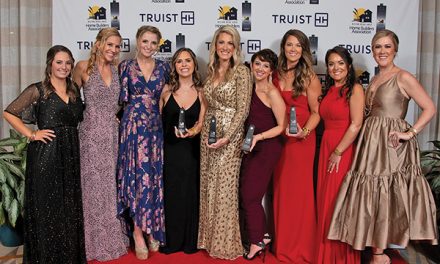 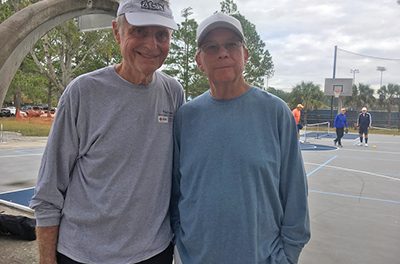 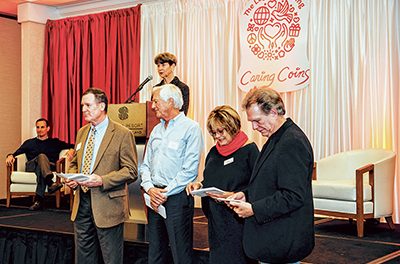 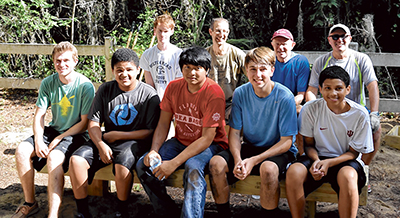