Hail to the king! Now is perfect time to fish for mackerel 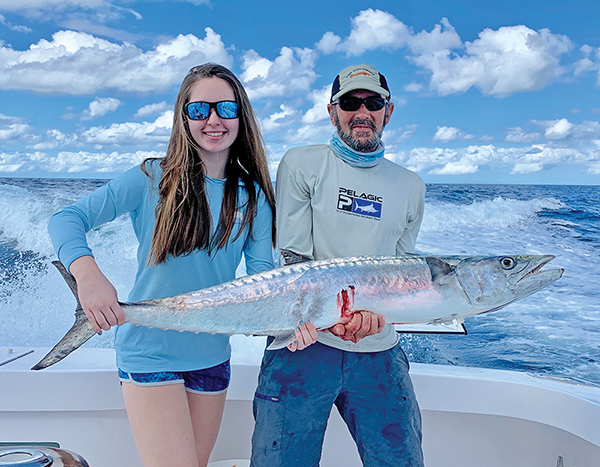 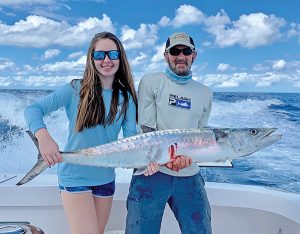 Carlyle Cornell, left, and Collins Doughtie with a smoker king.

Sitting here at my computer I started thinking about all the people I guide and how each has their favorite fish they would like to catch. For inshore enthusiasts, catching redfish is the first thing out of their mouth.

I get it because they are strong, often visual when caught in skinny water but, having caught thousands in my lifetime, I often sigh when folks I fish with say, “Let’s target reds today.” Almost always I try to convince them to target other inshore residents like tripletail, sheepshead or gator trout on top water plugs.

It usually doesn’t work but for those that give in to my suggestion, they get to experience a day that they will never forget.

I doubt that many of you get to fish the cobalt blue waters of the Gulf Stream as much as I am fortunate to experience, but one nearshore fish comes to mind that closely mimics the excitement and thrill of most any blue water pelagic.

With so many boats around in the 18-  to 26-foot range, this fish is sadly overlooked by most of you. That fish is the king mackerel. For whatever reason, anglers these days pass them by and, in my opinion, they are missing out on the most spectacular member – by far – of the mackerel family.

Adding some local history about this great fish might inspire you to give it a shot. Throughout the 1970s, ’80s and into the ’90s, king mackerel were simply the king. Every charter boat fished for them, king tournaments were the norm, and on any given day from May until late November kings were the target species.

At first we used drone spoons with No. 3 planers, then we began trolling with ballyhoo and a Sea Witch. Like any other fishery, techniques improved with “bump trolling” with live menhaden or mullet the chosen method these days.

With that said, I seriously doubt king mackerel have gotten any smarter over the years, so for those of you who don’t want to mess with the fine art of bump trolling with live bait, trolling with a ballyhoo and a Sea Witch would work just fine in the 2020s.

If you are wondering why I am so jacked up about kings, there are several reasons why I hold these fish in such high regard. Talk about fast, a big king can dump hundreds of yards of line off your reel in a heartbeat.

A short wire leader is a must because that mouth of theirs is jam packed with razor-sharp teeth and they sure as heck know how to use them. The bite is brutal and vicious and, especially during the fall months, kings just love to skyrocket a bait. It’s like they see the bait being trolled, dive straight to the bottom, and then shoot straight up – reaching 8 to 10 feet in the air with your bait in their mouth. It’s a jaw-dropper that will forever stick in your memory bank. What a great fish!

Here is the best part: My largest king to date weighed 49 pounds and I caught it near the mouth of Port Royal Sound. Even with marginal conditions, a 24-foot boat can catch kings as close as a couple of miles off the beach.

Just a week ago my friends Will Thompson and Larry Watts were king fishing near Gaskin Banks and caught a bunch of kings, along with a sailfish! Both the Savannah ship channel and Port Royal ship channel hold a bunch of kings, including some more than 40 pounds that are referred to as “smoker kings.” I don’t care how close to shore you are but if you see schools of bait, chances are good a smoker is surely lurking close by.

If you are wondering why I chose king mackerel as the subject of this column, it’s because this is probably the very best time of year to catch them. Remember my column a couple of weeks back when I talked about the mullet run? That is when huge schools of mullet, menhaden and other fishes are slowly making their way offshore for the winter, and standing in their way are kings aplenty.

Places like the Tire Reef, Eagle’s Nest and Betsy Ross reefs are probably stacked up with kings looking for an easy meal. Even as close as the Whitewater Reef, I guarantee kings are prowling around.

Just like so many other species that are looking to fatten up before winter hits, cool weather strikes by king mackerel are off-the-chart spectacular. Just writing about these fabulous critters has me drooling like an old bloodhound and, come the first nice day, I’ll be long gone with rods in hand. 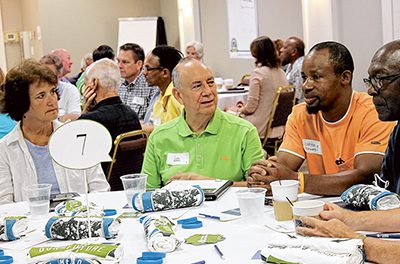 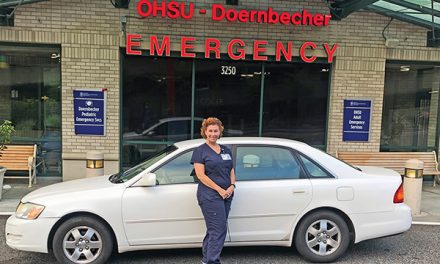