Found abandoned and wounded, Malin gets her miracle 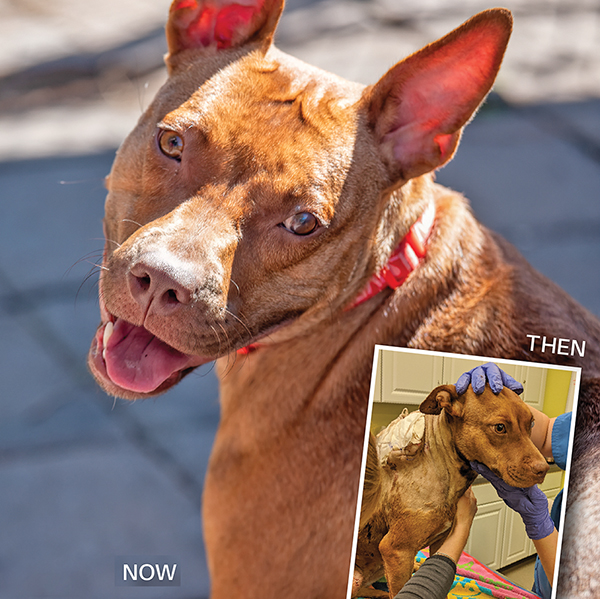 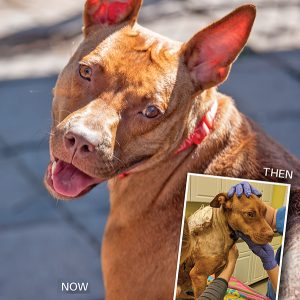 The inset “before” photo shows the extent of Malin’s primary wound, while the “after” picture highlights her happy face after months of healing. COURTESY PALMETTO ANIMAL LEAGUE

When rescuing an animal, healing is often the key to helping. And, for one little homeless dog who came to Palmetto Animal League with a big wound, that was certainly the case.

Malin was picked up by a friendly law enforcement officer in Jasper County as a stray dog in distress. The gaping gash down her back was infected and ran so deep it mangled both muscle and tendon.

When Malin arrived at PAL, she was in shock and severely malnourished, with a badly damaged eye, so we rushed her to a trusted emergency vet clinic.

With a wound that large, sutures were not an option, so the vet recommended wrapping and changing the oversized dressing every day. Safe and secure in a foster home, Malin’s healing began.

After a couple of weeks of rest, food and medications for her wound, her foster realized Malin was pregnant! And that wasn’t the only miracle. Without surgery, Malin’s wound responded to daily, specialized dressings and eventually closed on its own.

So, the little dog with the big wound raised her pups and watched as they all were happily adopted, and the next chapter of Malin’s life is unfolding in a wonderful way.

Her damaged eye responded to treatment, and PAL vets were able to save her vision. Meanwhile, our training team has been working on Malin’s leash skills as we search for her perfect adopter. We will never know what happened in Malin’s past that left her with such a gruesome injury, but we can promise her a future filled with love.

If not for PAL’s commitment to saving every pet possible, Malin would have been euthanized and all her puppies lost along with her. But, because of caring people who support PAL’s no kill rescue programs, abandoned pets like Malin live to have their stories told.

Do you have a pet with a special story? Celebrate your special friend May 2-8 during National Pet Week by ordering a Pet Portrait Tile from Palmetto Animal League. PAL’s Pet Portrait Tiles are the perfect way to recognize the love a pet has brought to your life.

One tile will be permanently displayed on the walls of the PAL Adoption Center in honor or in memory of your beloved pet, and should you choose to order a second tile, it can become a beautiful display in your own home. Order tiles at PalmettoAnimalLeague.org. All proceeds support PAL’s adoption center and rescue programs.

Compassionate gifts were a miracle for Malin. Your support will pay it forward to save another animal waiting for rescue. 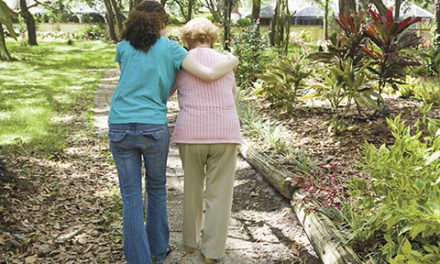 How seniors can continue to maintain independence 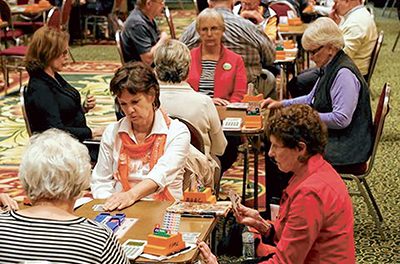 Reverse bidding tricky to learn, but easy to love

Out with the old and in with the new: A reflection