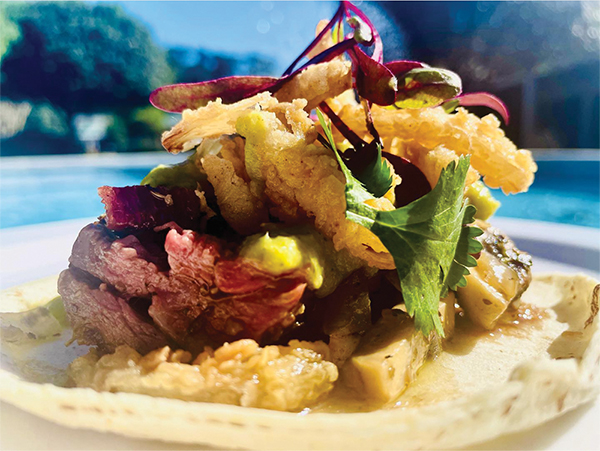 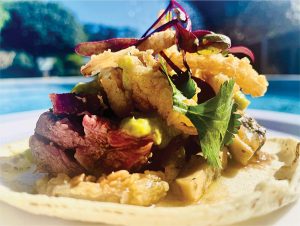 How did a holiday meant to commemorate the Mexican Army’s victorious stand against the French at the Battle of Puebla in 1862 become synonymous with food and egregious margarita consumption?

Cinco de Mayo is so much more than that to both Mexican Americans and fans of Mexican heritage. In celebrating the liberation, we are simultaneously shining an annual spotlight on the spirit of a people and their freedom to share their passions with the world. And if ever there was a year we’re all ready for a party (socially distanced, of course), it is 2021.

In honor of the May 5 Mexico-a-palooza, here are our blue ribbon panel’s picks for the 10 Hot Spots for Mexican cuisine in Bluffton and Hilton Head Island, with input from you, the readers, weighing heavily as always. Picks are in no particular order, though again, you weren’t shy about voicing your clear-cut favorites.

• Taqueria del Sabor, 142 Bluffton Road, Bluffton, 843-227-1203: Folks couldn’t always give us the name of this outdoor dining spot, but they know that the “spot across from the Bluffton post office” is where to get the authentic goods. The tacos dorado curried particular favor, along with the quesadillas. Feel free to get the ordinary chicken and cheese fixings, but if you’re adventurous, the chorizo, shepherd, roast, tongue and head options are on par with anything we’ve had in Mexico.

• La Huesteca, 12 Sheridan Park Circle, Bluffton: When you want the straight word on who’s got the best, you get it from a chef’s mouth. Big Dog Tacos food truck owner Joe DePatty has won plenty of raves for his creations, but when Joe wants the legit stuff – not the TexMex variety that caters more to the American palate – this is where he goes. “It’s as close to the true Mexican my mom and grandma made us as kids in San Diego,” he said. “This is, in my opinion, the truest in every sense of the best Mexican food around. None other will do.” He is especially a fan of their mole and sauces.

• Maiz Taqueria, Bluffton, 843-816-2389: It’s a food truck on the move, so you have to check the latest location on Facebook (though they have been seen at the Backyard State of Mind food truck pavilion on Bluffton Road). The owners promise a gluten free, organic and 100% delight in every bite. Foodies also rave about their Sunday brunch.

• Holy Tequila Mexican Kitchen, 33 Office Park Road, Hilton Head Island, 843-681-8226, holytequila.com: This island fave wins raves for atmosphere and ambience along with its attention to vegan and vegetarian-friendly menu options. The carne asada taco is a particular favorite, along with the flourless and breakfast burritos. Wash it all down with a jalapeno margarita if you’re looking for a walk on the wild side.

• Fiesta Fresh, 51 New Orleans Road, Suite 4, Hilton Head Island, 843-785-4788, fiestafreshgrill.com: A lot of our options are newer compared to this OG island dinery that sprouted a Bluffton sibling. Getting a table for lunch at the island location is a bit tricky, but the pursuit is worth it. The eatery wins particular honors for their service and friendly staff.

• Tio’s Latin American Kitchen, 40 Shelter Cove Lane #181, Hilton Head, and 7 Venture Drive #106, Bluffton, 843-842-8467, tioshhi.com: Honduras native chef Lynden Zuniga won over island diners who comment that his personality shines through in every bite. He, his co-owner and wife Sally, and fellow chef Logan McManus have created a diverse menu that showcases several different Latino country faves and win just as many kudos for their drink menu with a mix of sophisticated offerings and attention to basics (namely, a depth of tequila and rum options). Plus, they feature a locally owned company, Ring Stinger Pepper Company, in all their hot and taco sauces.

• Mi Tierra, 27 Mellichamp Drive, Bluffton, 843-757-7200, mitierrabluffton.com: The staff was repeatedly mentioned by our panel, as well as the colorful interior design. The salsa, sautéed shrimp tacos and guac were also singled out by readers, as well as the large portions and bang for the buck. The pollo poblano and steak picado are among our favorites of their house specials. This is consistently the top-ranked Bluffton Mexican locale on TripAdvisor, and for good reason.

• La Poblanita, 4494 Bluffton Park Crescent, Bluffton, 843-815-5221, la-poblanita-bluffton.com: “Best in class” and “hidden secret” are the review headlines you’ll see on the web. This spot is tucked behind the Enmarket off Bluffton Parkway, but the food quality is far from shy. The shrimp tacos are a winner for sure. Again, be aware that this is not the more Americanized TexMex palate. It’s much more of true Mexican. Our reviewers repeatedly said they don’t want to risk their special place being overrun with newbies.

• Agave Side Bar, 13 State of Mind Street, Bluffton, 843-757-8226, agavebluffton.com: You will think the people watching and outdoor dining is worth the trip alone … until you taste the food. It is among the pricier options on our list, but the portions are strong, the ahi tuna tacos are delectable and the blackened mahi and pork belly taco will bring you tears of joy. And oh my, the street corn.

Honorable mentions: If you’re up for a drive, La Parilla on S.C. 170 across from Oldfield Mews offers brains and cows head tacos that multiple panel members said were otherworldly. Mi Tierrita in Okatie could be on a top pizza list just as much as for their Mexican, odd combo but it works. Taqueria El Primo in Bluffton, Amigos in Bluffton’s Belfair Village, and Java Burrito, Aunt Chilada’s and San Miguel’s on the island also got votes from our readers and panelists.

Have a suggestion for our next topic for 10 Hot Spots? Email Tim Wood at timwood@blufftonsun.com to give us your idea. 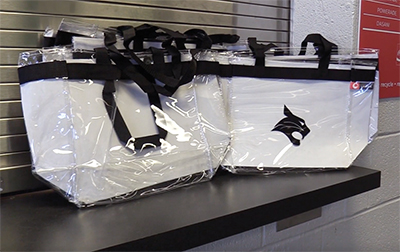 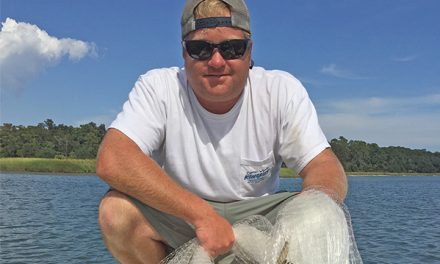