Bones of contention: Where can we find the area’s best BBQ? 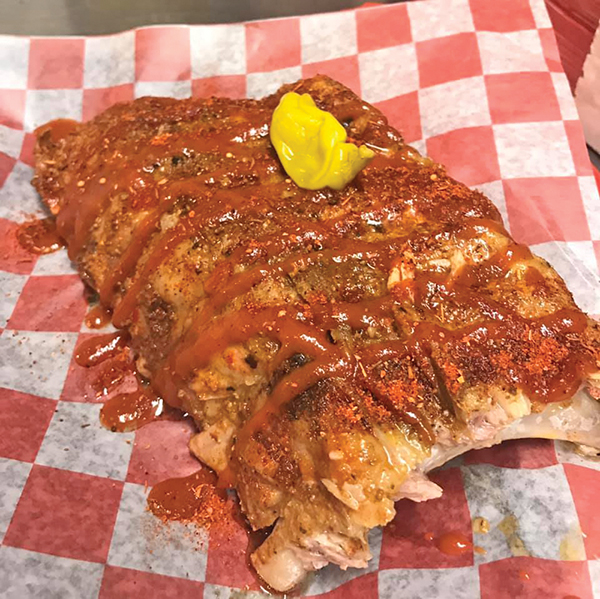 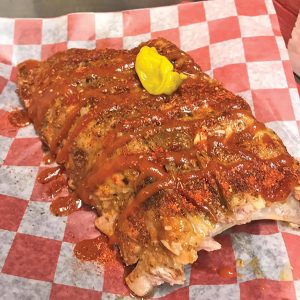 The fresh out of the smoker ribs from Bluffton BBQ. COURTESY BLUFFTON BBQ

For Southern foodies, the topic I am about to broach is our Super Bowl. It is one that creates San Andreas-size fault lines in families, launches hour-long discussions at the local watering holes, and is an ever-evolving topic for endless debate.

But I have to hand it to our unofficial panel that we keep turning to as we tackle our Hot Spots must-write list. When we’ve brought up other topics, even other food groups, the responses were more varied and the reasoning a bit more vague.

When it comes to the best barbecue, Lowcountry folks know exactly what they like and why they like it. Here is our list, in no particular order. Because while we’re trying to provide long-timers and newcomers alike with helpful information, ordering this would create a deluge of responses too big for our inbox.

Choo Choo BBQ Xpress, 129 Burnt Church Road, Bluffton, 843-815-7675 (PORK), choochoobbq.net: The little red caboose that sits on the property is a two-decades-long through line to some of the best barbecue chefs in the region, many on this list. The Corey family took over the caboose and opened an accompanying indoor-dining spot that offers traditional oak wood smoked BBQ offerings that many on our list point to as the area’s best.

We’re particularly fond of the Trainwreck Sandwich, a combination of pulled pork, pulled chicken and sliced brisket. And their lunch special is a bargain: 11 a.m. to 3 p.m., get any sandwich with two sides and a drink for $11. Choo Choo also does some very respectable fried wings.

Bluffton BBQ, 11 State of Mind Street, Bluffton, 843-757-7427 (RIBS), bluffton-bbq.com: Already sensing a trend in the phone numbers? Does anyone even know how to dial by letters anymore? I digress. Listen, you never forget your first. And for me, eating Ted and Donna Huffman’s creations was my introduction to what true barbecue is. You think you’ve had it elsewhere, for me it was in New England, but the ribs, the pulled pork, the mac and cheese, the fresh-cut fries … it was a culinary awakening for me and my family back in the mid-2000s.

The Huffmans are motoring along and still delivering on what foodies like Muffin on Ribs call the best ribs in the state and the Southeast. The couple are Bluffton historians, a walking encyclopedia of the area’s evolution. For that reason, and to follow get the proper experience, I recommend blocking out two-plus hours for a chat and the grub. But, they also do stellar takeout if you’re in a hurry.

I’m thrilled the Huffmans recently took their first week off in more than a decade and are back in the kitchen more energized than ever.

Young’s BBQ, 1193 May River Road, Bluffton, 843-415-2764: So this is the third entry and these three spots are within a two-mile radius of each other! That’s how blessed we are, folks. If you haven’t seen Rodney Young’s videos on social media, you’re not searching for BBQ in the right spots. His videos of the smoker in action start my Wednesday and Saturday mornings with a sensory overload and the belief that there are magicians among us that just happen to do their best work with tongs and rubs.

If you want what Young’s is offering, get there early. They are at their spot tucked behind streetside trees from 11:30 a.m. to 5 p.m. (or until the food’s sold out) two days a week. Their corn on the cob is a delight, their collards and baked beans are exemplary and we’re just talking sides, people! Smoked chicken leg quarters, please. I mean, all of it, all the feels, but that’s where I start. And as a special bonus, you might just see the new BluffDog food truck parked alongside Young, another comfort food treat.

Jim ’N Nicks, 872 Fording Island Road, Bluffton, 843-706-9741, jimnnicks.com: When I began this list, I felt like it was going to be unholy to put a chain restaurant among these local titans. But there’s a reason that some concepts hit the franchise stage. It’s because they’ve gathered such a following, caused such a taste bud ruckus that they must be consumed on a wider scale. That’s Jim ’N Nicks. They just deliver every dang time.

Their catfish is so good that it personally distracts my ordering mission from time to time, but my kids are always on point with the pulled pork. And it never disappoints. Doesn’t hurt that the owners have engrained themselves as community champions, constantly supporting schools and fundraisers. Good people, and dang good BBQ.

Bullies BBQ, 3 Regency Parkway, Hilton Head Island, 843-686-7427 (yes, RIBS again): Keeping it 100, I was not sure we were going to make it out to the island on this journey. All roads seemed to be pointing to the mainland, but Bullies fans had other ideas. Their slow-cooked hickory and mesquite wood creations, ribs smoked up to six hours, butts and briskets for more than half a day have captivated the diehards. This spot about a half mile west of the Palmetto Dunes entrance wins with original sauces (that you can take home in bottles) and a menu from chef Bob Sutton that wins constant raves.

One Hot Mama’s, 1 Greenwood Drive, No. 7A, Hilton Head Island, 843-682-6262 (MAMA – again with the number spelling); 104 Buckwalter Parkway, Suite 1A, Bluffton, 843-815-6262, onehotmamas.com: Orchid Paulmeier helped set the modern-day bar down here when it comes to barbecue. When she first opened the Hilton Head location in Reilley’s Plaza in 2007, she instantly developed a reputation for “nailing” Southern barbeque with a twist, some home-spun recipes influenced by her Filipino heritage that she will likely take to her grave. They are that special. Thankfully, she’s trained chefs to master her recipes at both locations (the more recent in the Berkeley Place cinema plaza after initially being in Bluffton at the current home of R-Bar) as she’s moved up the ranks to be a leader of the SERG Group.

The best of the rest: Words and space got away from us here, but there are a number of other quality go-to locales around the Lowcountry. Malone Barbecue (malonebarbecue.com) is earning fast praise as a go-to caterer beyond their pop-up location on May River Road in Bluffton. Duke’s BBQ is a bit more down the road in Beaufort (dukesbbqofbeaufort.com) but is the OG smokemaster chain, opening the original locale in Orangeburg in 1946. But the North of Broad location is outstanding. R-Bar in Bluffton has won raves for the spot-on cooking and moistness of their pulled pork. Cherry Point BBQ is in the old Cracked Egg location on S.C. 170 (2915 Okatie Highway, Ridgeland, cherrypointbbq.com) and is winning online praise as the “next” go-to spot. The 33 BBQ Food Truck focuses mostly on catering but is another earning high marks as a new kid on the block. And an old fave, Smokehouse on Hilton Head, is getting close to being fully rebuilt. 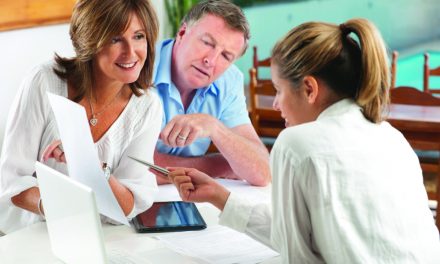 Why every millennial should have a power of attorney 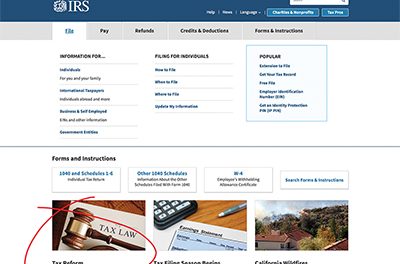 What you should know about tax reform, new rules, e-filing