Historically low mortgage interest rates could stay a while

Referring to an event as “historic” can be tricky. We sometimes use the term to describe sports performances or current events before we know if the event is worthy of the description.

Recently, there has been a great deal of financial news about “historically low” mortgage interest rates. It seems every week we have a new all-time low. For the time being, this is actually true.

Freddie Mac has been keeping a tally of average mortgage rates since 1971. The average rate for the week ending July 10 was 3.03% – the lowest ever recorded by the survey.

To gain some context, it is beneficial to compare today’s market conditions to a few historic milestones in mortgage history.  We will also consider some of the economic factors that created these events, and how the Federal Reserve System used its tools to influence rates.

In October 1981, the average mortgage rate was just over 18.5%, the all-time high. The United States, less than two years removed from the Iranian hostage and oil crisis, was entering into a recession due to extremely high inflation, 10.32% annually.

To put that level of inflation in perspective, our current inflation rate is .6% – and it has not been over 2% since 2012.

During this recession, the Federal Reserve established an aggressive monetary policy with the specific goal of lowering inflation. They raised short-term rates and kept them high despite significant political pressure to the contrary. The Fed eventually got inflation under control in 1982, at which time they began to cut short-term rates. Mortgage rates and unemployment figures came down significantly.

Another important event in the history of mortgage rates was the Great Recession from 2007 to 2009. This period was marked by the collapse of the real estate market and the failure of many large financial institutions who were heavily invested in mortgage backed securities. As a result, numerous new regulations were put in place to curtail aggressive lending and improve transparency for consumers.

In an effort to restart the economy, in particular the housing market, the Federal Reserve began a program known as Quantitative Easing. This meant that the Federal Reserve began to purchase long-term securities, including government bonds and mortgage-backed securities. These steady purchase programs helped stabilize the market and gradually lowered interest rates to below 4% in 2012.

This brings us to our current event, the COVID pandemic. The government’s financial response to this crisis has been larger than any we have seen before. In addition to the Fed’s consumer stimulus package, the Federal Reserve has cut short-term rates to near zero and resumed the large-scale purchase of bonds and mortgage-backed securities.

These actions have driven rates down to our current levels and has helped the residential market continue to function. It is impossible to predict how long rates will remain at these levels, but based on recent statements from the Federal Reserve we expect them to continue to use their policy tools to support housing for the near future.

As these comparisons demonstrate, while the Federal Reserve Bank does not directly control mortgage rates, their monetary policy has a tremendous impact on market rates. It all comes down to what they deem as the most important priority for the economy.

If inflation becomes an issue, expect rates to rise quickly; but if we remain focused on lowering unemployment, look for continued support for housing from the Fed.

Will rates go even lower? As an economist might say, it depends. 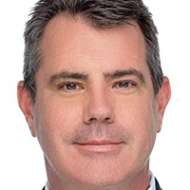 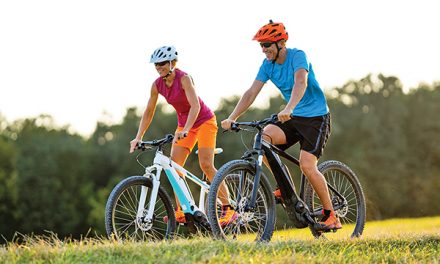 Switch to eco-friendly technology to help save the planet

Good estate planning means more than just who gets what